Your mindset defines your experience

This is a phrase that many people would agree with, but have you ever wondered what it really means?

Think about whether you approach life more like the person on the left or the person on the right in the picture? Are these traits fixed in us or can we change them? Notably, it would seem useful to understand what defines the experience we have – as our experience impacts everything we have in life. And if mindset is important, perhaps it can give us some pointers to gain a better understanding of ourselves and our lives.

This picture was produced by the organisation that formulated Insights Discovery, a profiling tool that we use to help people understand themselves and others better.  The Insights Discovery Personal Profile can help someone to explore their innate preferences and how they approach life.  But I wondered, when I saw this picture, how the profiling related to mindset. I realised that I may not even understand the term mindset fully. So let’s take a look.

How is mindset defined?

Perhaps we can start with a traditional definition and then take a peek at some contemporary views. The Oxford English Dictionary defines mindset as: “An established set of attitudes, esp. regarded as typical of a particular group’s social or cultural values; the outlook, philosophy, or values of a person; (now also more generally) frame of mind, attitude, disposition.“.   This seems to be pointing to how we ‘see’ the world and our attitude towards it.

So what contributions are made from contemporary authors?

Stephen Covey, writing in his book The 7 Habits of Highly Effective People, suggested “the way we see the problem is the problem”.  He used the term ‘paradigm’, indicating it was a sort of map we use to interpret the world, essentially agreeing that your mindset defines the experience. An encouragement was given that “if we want to make significant changes, we work on our paradigms”.  He linked shifts in our paradigm (or mindset) to “ah-ha moments”, where it can feel that a veil has been pulled from our eyes and somehow we see the problem or situation afresh.

Carol Dweck, Professor of Psychology at Stanford University, is known for her work on Mindset (notably her 2006 book Mindset: the New Psychology of Success).  She believes that people can be placed on a continuum according to where they think ability comes from. On one end, those with more of a fixed mindset believe their success is due to innate ability, fixed traits. On the other end, those with a growth mindset, think success is based on hard work, learning and training. Essentially traits that can change.

Professor Dweck pointed to how the position on the continuum can affect how people respond to failure: those with more of a fixed mindset tending to fear failure, taking it to be a statement about their basic abilities, whilst those with a growth mindset understanding how they can improve and learn from failure.

These definitions can be seen as a useful way to introduce and frame this subject. Now, could we be further enlightened by turning the focus on ourselves and seeing where we fit in?

Are we blind to ourselves?

When trying to assess our own mindset, things can get quite tricky. For example, a term in psychology is ‘confirmational bias’, referring to the fact that our brains tend to register the events and evidence that confirm our own viewpoint, over conflicting evidence. This is so powerful that we will often not even register or recall the conflicting data. It seems that we have our own blind spots and cannot always be objective reporters of our own position, or of observable facts and data!

To add to the mix, we can consider whether we have a ‘positive’ or ‘negative’ mindset. Often in contemporary society and business we are encouraged to have a positive mindset. This seems to make sense and we can feel that it is a worthy goal, but is it? Consider the stockbroker who has an overly positive view of their chances.  Or an overly positive attitude when climbing a mountain with the first signs of impending storm arriving.  In these examples we can clearly see that an overly positive mindset can distort our perception of risk.  Perhaps it’s more important to be able to see things more as they are, rather than how we imagine them to be. And to better understand our part in this dynamic.

How can we approach this situation?

One way is to become more aware of the fact that we don’t see things as they are but always through our own unique set of paradigms and filters, or mindset. We always like to feel that we are right, but if each of us has different filters, based on our own unique conditioning, what does it even mean ‘to be right’? This can be the cause of many disputes, both in business and in our personal lives. Perhaps when we understand more about the underlying dynamics of mindsets we can see that each person is able to contribute something of benefit to a wider view.  An ‘open’ mindset allows us to hear these other contributions and the ability to move forward with consensus rather than conflict.

At LifeForward we work with people in many ways to support the exploration of how their mindset defines their experience – the use of a coach, in particular, can help us navigate around our blind spots. One example is through our Executive Coaching, where space is gained for personal reflection, not only from a business perspective but also individual. We are particularly interested in helping people align their work and personal mindsets so that conflict does not occur when transitioning between home and the office. Perhaps in the end it might not be possible to box ourselves into any one category.  We may not have any definitive answers to the introductory questions, but through a deeper self-understanding we may gain an awareness and a calmness about these issues that is beyond any answer. 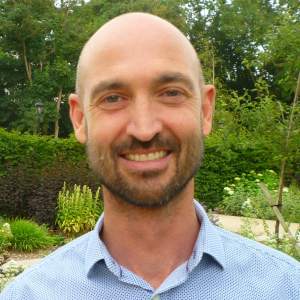 Kevin Holmes is a UK psychiatrist with a diverse background which includes medicine, engineering, business and holistic therapies. After working in a variety of NHS roles, he now works as a consultant supporting executive coaching and leadership development. He is interested in what limits us and how we can move towards greater freedom.
All Posts »
PrevPreviousInsights Discovery® supporting your team
NextCase study: Executive coaching for leadershipNext

Now you know yourself and your goals … so why are you stuck? Step 3 of your Resilience journey

Working in UK, Europe and Asia